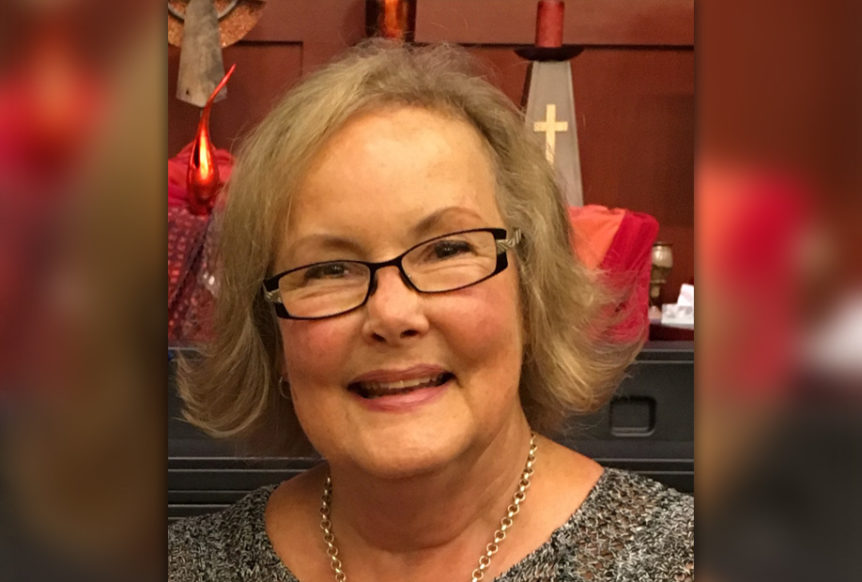 “The unconditional acceptance and encouragement at Grace Avenue has opened me up to be who I am.”

When I first moved to Frisco in 2007, I transferred my husband, Dale, from a Garland nursing home to Prairie Estates, which was very close to my new home. Down the street I noticed Grace Avenue UMC and thought it would be nice to try a church close by. The first Sunday Dale felt up to going to church, I took him in his wheel chair to Grace Avenue. A greeter met us at the door in the back of the Worship Center with offers to help. A chair was moved from the end of a row so the wheel chair could fit into the row of seats. All who passed us stopped to say hello and would look right at Dale to acknowledge his presence. Even the minister came by and spoke to us. The entire atmosphere was that same personal level of care. As Dale’s Parkinson’s progressed, it became increasingly difficult to take him anywhere so our attendance at Grace Avenue was sparse. I chose to spend my Sundays with him at Prairie Estates instead of going to church myself. At one point, he was moved for a couple of weeks to a hospital with strict visiting hours. During those weeks, I found comfort in going back to Grace Avenue on Sunday mornings. I am sure I looked distressed and one woman in particular came up to me and was kind and interested in how I was doing. Her kindness brought out my pent up emotion and I am afraid she may have heard more than she bargained for. The next week she was there with a kind ear as well which I needed more than I even knew at the time.

Beyond this personal connection, I found that the ministers, who I now know as Billy and Laura, were inspirational and easy to listen to. They each had messages I needed to hear and seemed to speak right to me each week I attended. They were down to earth and non-pretentious; qualities with which I could connect.

Dale’s decline took six long years. Because the ravages of Parkinson’s are so severe, I can honestly say that through my consuming grief, there was a sense of relief for Dale that he was free from Parkinson’s when he died. It was just before Christmas and I knew where I needed to be… home to Grace Avenue.

The first Sunday I visited Grace Avenue after Dale died, was their first Sunday in the newly completed Sanctuary. This was a new beginning for them as it was for me that day. I felt like I was where I was supposed to be, so I joined the next Invitation to Grace Avenue session and became a member. Gradually I began meeting the ministers and other church leaders through orientation sessions I attended, discovering many activities that peaked my interest.

From there, over time, I attended a women’s retreat, signed up for bible studies, and gradually began volunteering to do various little things around the church… greeter, usher, helper with VBC, eventually joined a Sunday School class and have gradually branched out to many things I would not have felt comfortable doing in the past. The unconditional acceptance and encouragement at Grace Avenue has opened me up to be who I am. Grace Avenue and the people there have become a big part of my life over the almost 4 years I have been blessed to attend. The church has been there at a time in my life when I very much needed to strengthen my relationship with God and explore, in a very safe environment, my purpose and responsibility in God’s world.

Laura and Billy treat their congregation like family in the kind and personal way they greet each one, remember names and details about their lives, thank you for coming and for helping. Even in their packed schedules, they seem to have time for a private council, a conversation, a hug and knowing smile. I have felt like they have been with me during every bump in the road my life has encountered… always there.

My hope for Grace Avenue is continued growth and support in the community to accomplish the goals they have set to eliminate homelessness in all its forms. It is a mission easy to join.

For these and many other reasons, I consider Grace Avenue, not just my church, but my home. I am the matriarch of my family so everyone looks to me with family joys and concerns. I can look to the church for my support and guidance… and, of course, always to GOD!