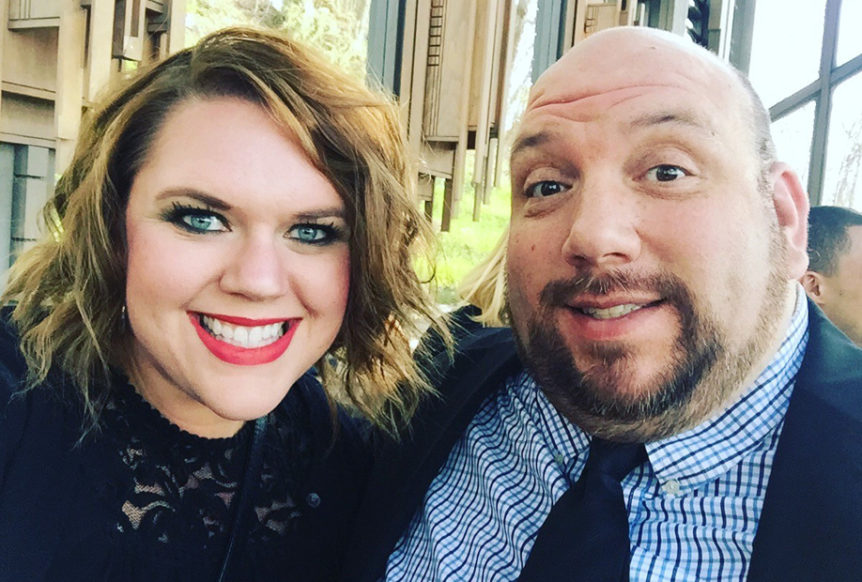 “We were so mad. Mad at God. Mad at life. Mad at the situation. And worst of all – we were alone.”

What brought you to Grace Avenue?
My Grace Avenue Story starts in May of 2015. It was at that time my company relocated its corporate headquarters from Tulsa, Oklahoma to Plano, Texas. Moving away from home is hard, but especially when you don’t have any friends or family in the area. The icing on the cake at the time, was that I was 18 weeks pregnant with no support system or friends in sight. The commute to and from work drove me crazy, until I found a “back way” which led me directly in front of the church.

One day as I was sitting at the stoplight I looked over and saw that the church was a Methodist church – the denomination that I have been my whole life. SCORE! I remember thinking to myself… this would be a great place for my husband Andrew and I to make some friends. However, seeing as how I was pregnant and trying to “learn the ropes” of Texas, I filed the church away in the back of my mind as a potential place to go once the baby got here and we had better established ourselves.

Flash forward to July of 2015 – our story became quite tragic: during our 24-week scan, an ultrasound discovered that our daughter had stopped growing around the 19th week mark. My blood pressure was rising and I was becoming pre-eclamptic. I was sick and our daughter who we eventually named Sean Amelia, was dying and would not make it to term. The doctors performed an emergency C-section and took Sean to save my life. We are incredibly thankful that happened, although she had a short life, Sean did live for about an hour that day and was given all the love in the world before she passed on to Heaven.

I spent 2 days in ICU and then another week in the hospital recovering. Our family and friends from Oklahoma came and stayed with us for a few days and weeks following the nightmare we had lived. However they eventually left, and Andrew and I were faced with the darkest of days.
We were so mad. Mad at God. Mad at life. Mad at the situation. And worst of all – we were alone.

That’s when I remembered having a conversation with Andrew and telling him, “We need to go find a church and make some friends around the area… we can’t do this alone”. I researched several Methodist churches that were close to our house, but Grace Avenue kept popping up in my mind. I told Andy that we needed to just go one Sunday and “check it out”. And we did.

The Sunday we decided to visit the first time, I was so nervous. I remember praying so hard on the way, for God to bless us with nice people – and to help us to keep an open mind as we stepped foot into the church. You see, the church we came from, was a nice place, but we never really felt like we were welcomed or connected. We didn’t ever feel like we could call it “our church home”. And because of the situation we had just been through, and being new to the area, we both desperately longed to find a place where we belonged.

The first person we met was Laurie who worked on the ushering team and explained that no one who goes to the church is “from Frisco”. She also told us about several Bible studies and women’s groups I could get involved in, and encouraged Andrew to get involved in a men’s group as well.
When we entered the service that day, we sat next to a very nice couple who just so happened to be from Broken Arrow, Oklahoma – small world we thought – Tulsa is literally right next to Broken Arrow. As the morning went on, we found out that these nice people were the parents of Kristen Lane. When I saw Kristen I felt strangely odd… I knew her, I knew her from somewhere. Growing up in the Methodist Church I had counseled several church camps during the summer months back in Oklahoma, we would later discover that we are linked because we counseled the same church camp together at Camp Egan.

That same morning we met a man by the name of Aaron Lane. He told us that he was the leader of the Discovery Class and invited us to come the following weekend. It was odd, because when I was looking on the internet prior to our first visit, the Discovery class was one that I was drawn to. I kind of felt like meeting Aaron was a “sign” from God.

The following weekend, without hesitation we walked through the doors of Sunday School. I still don’t really know why we went. At our old church, we were burned badly by the Sunday School classes that we tried to attend. We never felt welcome and we never felt like we were at the right place. I longed to truly belong to a church. I made some of the best friendships of my life at the church I grew up in – I knew how important finding a church family was.

It didn’t take but one visit to Sunday School and we knew that we had found a place to call our home. We were immediately welcomed to the class – discovered that many of the people in our class were transplants from Oklahoma – we felt an instant connection to the people in that group and we have never looked back.

I could go on and on about why I come to Grace Avenue, but it would literally take an entire ream of paper, so I’ll stop and just say that Grace Avenue is home… and you always, always go home.

What keeps you at Grace Avenue?
It seems so cliché to say this… but it’s the people – the pastors and the friends we have made along the way. We have never once felt alone since we started going to the church. We feel more at home there than we do anywhere else.

I struggled to find a church to call my home after my college years… I just never seemed to find the right place. But, Grace Avenue is so much more than a church. It’s a home. It truly is a place where I feel like I belong. Andrew and I have never felt as welcomed anywhere as we have at Grace Avenue.

We keep coming because we believe in the church. We believe that the church really did help us eradicate homelessness in our lives. We were so alone spiritually, emotionally, and physically after we moved here. I think that Grace Avenue saved my life, saved and helped mend our broken hearts, and has made our marriage stronger than ever. We are truly growing as disciples of God together and we believe it’s because of the church.