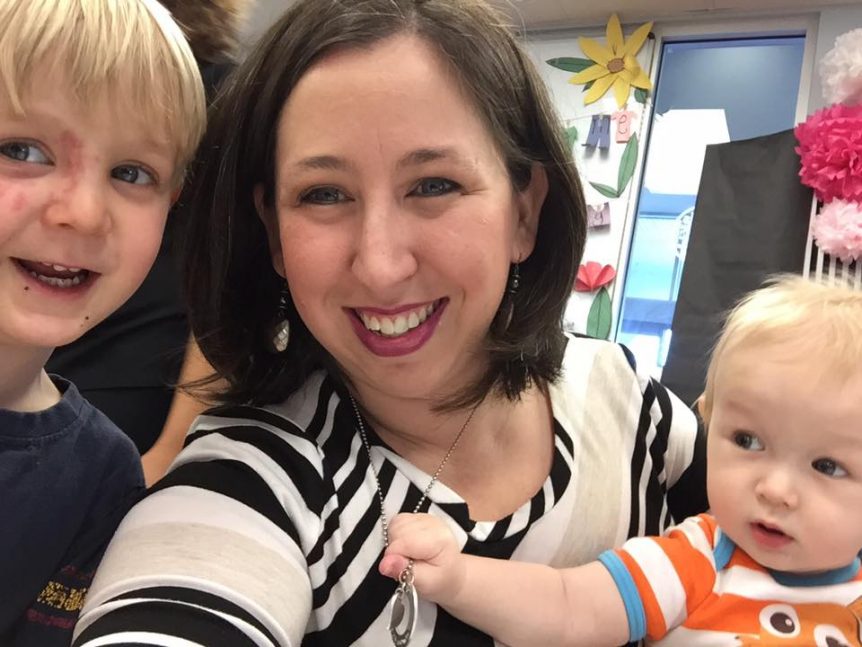 “I will never forget that moment as the time I began to understand that questioning was not only ok – that it was a crucial part of my faith journey and my relationship with God and Christ.”

I grew up in a family that didn’t attend church; my father was raised Methodist and my mother Jewish, but both were only marginally so in my childhood. We celebrated holidays from both faiths and believed in God, but didn’t do much to observe any regiosity.

In high school, I began attending a Brethren church with a boyfriend, and that marked my first real exposure to organized religion on a day to day basis. It was a tiny country church with a small but close-knit community, and I loved my time there.

In college, though, I begin to truly question whether Christianity was in fact a path I could embrace. I struggled to identify with a religion that seemingly insisted that my grandfather – who was among the kindest, most generous, and most loving people in the world – was condemned to hell because he was Jewish and didn’t accept Christ.

I was also questioning my own sexuality, and spent a great deal of time amongst the LGBTQ community, and faced similar challenges in accepting a faith that would eternally condemn the amazing people I met along my journey – many of whom were more “Christ-like” than most of the Christians I encountered.

My faith itself was never shaken. I believed what I believed, and was certain of the power of God in our universe, and even in the role of his son Jesus. But I would not embrace the name “Christian,” because to me it embodied too much disenfranchisement and exclusion.

I studied several other religions during that time, trying to find a home, including some very nontraditional traditions like Wicca and other world religions.

None of them were the right place for me, so I continued to believe but not practice.

When my now-husband, JJ, and I moved to Arizona, we decided to find church to attend. He was raised Presbyterian and had always found great comfort and community in his church. So we found a Presbyterian church that seemed to be open and welcoming. We were married there, and got to know the clergy and feel at home.

A turning point in my journey came when our head Pastor, who had married us, asked me to serve as a mentor for an eighth grader going through confirmation. At first I laughed. He knew my wandering journey, and even my continuing uncertainty about the church’s position on inclusivity. And he insisted that that was precisely WHY he wanted me to mentor one of the confirmands.

One weekend we had a confirmation retreat, and every confirmand and their mentor, along with every member of the ministry at the church, sat in a circle in a large room. Mac, the head Pastor, asked that we go around the room and share the one burning question of our faith that we just can’t quite reconcile. And every member of that group, including Mac himself, shared their question. Some were large and deep, some detailed and specific. But I will never forget that moment as the time I began to understand that questioning was not only ok – that it was a crucial part of my faith journey and my relationship with God and Christ.

JJ and I moved to Louisiana a few years later; and didn’t’ find a Presbyterian church that felt like home to us. So we took what seemed to be a relatively small doctrinal step across the street to a United Methodist Church, and there found a rich community of friends and church family. In particular I discovered the joy that is a small group when we joined our Sunday School class, and were surrounded by friends who journeyed with us through the highs and lows of our lives.

And then in 2013 we moved to Texas. So very sad to leave our church home at FUMC in Baton Rouge, we visited numerous churches in the area to find a place where we belonged. We visited others after Grace Avenue, but it seemed quite clear that this was where we were supposed to be. We became members that fall, just as our middle son was born.

We found another amazing Sunday School class here at Grace Ave in Pathway. Our children (including our youngest son born June 2016) are comfortable and happy in their classes and involved in the activities of the church. But what truly cemented for me that fact that my faith journey had come full circle, and that Grace Ave was truly the home I had longed for, was when our church took such an explicit stance on the issues of inclusivity that the larger UMC is struggling with.

In challenging political times, my faith in the concept of a church was affirmed by the welcoming, open arms of the clergy here at Grace Avenue, who have created a home for my family, but also for all those who need a home. This, to me, is what Christ wants. This, to me, is how I know I belong.